How the West Was ZOMBED – Chapter 22

The courtroom buzzed as the Right Honorable Mortdecai Sampson took his seat. Bald with the exception of the white hair that grew out of his ears like unruly haystacks. Ugly teeth. A perpetually angry face. And a pair of wire rimmed spectacles he was always using to look down over his crooked nose at people with.

The Judge slammed his gavel down with enough force to crack a walnut. “ORDER!”

Everyone went silent. Smelly Jack sat at a small table, to which he was chained. His brother-cousins took up most of the seats. Slade and Gunther stood watch toward the front of the room. Joe and Knox were on either side. As usual, the younger Knoxes were in the back.

Sampson pointed his gavel at the defendant. “SHUT UP! Smelly Jack Buchanan, you and your inbred family stand accused of committing a litany of heinous deeds all across the Western states and territories.”

Jack held his hat over his heart. “Lies your honor. We’re being framed and persecuted on account of us being poor illiterates.”

Sampson read from a document. “Murder. Rape. Arson. Theft. Property Damage. Am I reading this right? You shit bags pillaged and burned down eleven cities between New Mexico and Missouri?”

“Case of mistaken identity,” Jack said. “There’s another handsome shit bag out there that you’ve confused me with.”

“I like to help people better themselves,” Jack said.

“Robbed twenty-three banks. Shot fourteen Sheriffs, seven U.S. Marshalls, and you and your boys are suspected in the disappearance of twelve more officers of the law…”

“They’re probably in the last place you’d thing of looking for them,” Jack quipped.

“What the hell is this about molesting an armadillo outside Houston?”

Jack coughed. “Your honor, that armadillo came on to me…”

“And finally, the attempted attack on Highwater, the crime that finally did you boys in.”

“Judge, is it really a crime to attempt something?” Jack asked. “Piss or get off the pot my beloved Ma used to say.”

Gavel slap. “SHUT UP! Do you have anything to say for yourself before I render a just and unbiased verdict, you stupid asshole?”

“Your honor,” Jack said. “I do believe the Greek philosophizer Soc-ro-tees once said, ‘Hickory dickory dock…suck my big ole…”

Sampson smashed his gavel down. “ENOUGH! Smelly Jack Buchanan. You and your brothers, and your cousins, and your brother-cousins and whatever else are by far the most putrid, vile, disgusting sacks of buffalo shit I’ve ever seen in my entire life. You’re not even good enough to be buffalo shit. You are the mold that grows on the fungus that grows on a steamy pile of buffalo shit after its sat out in the hot sun for three days and then a pig walks by and takes a shit on that shit…”

“It’s not our fault, Judge. Pa used to beat us somethin’ awful so now none of us are responsible for anything we do.”

The Judge banged his gavel so hard it broke in half, sending the hammer part flying across the room.

Jack made a motion like he was jerking himself off. “Whatever.”

In walked a stranger. He was slender and handsome. Not ruggedly handsome but a womanly, pretty kind of handsome. He was dressed as though he were a customer to the finest tailors in the world.  He wore a black suit to match his black hair. Hanging over his necktie was a bright, shiny gold medallion.

“Your honor, pardon my interruption. Henry Allan Blythe and on behalf of the Legion Corporation, I move to set aside that verdict.”

How the West Was ZOMBED – Chapter 21

A full week had passed since the capture of Smelly Jack and his villainous brood.  Rifle in hand, Slade led the processional. The town’s nosey citizens poured out of their shops and homes to watch the chained up criminals march toward the courthouse.

Knox took the left flank.  Gunther and Joe took the right.  The young Knoxes brought up the rear.

Jack was performing for the crowd.  “What a crying shame that an innocent man and his kin get railroaded just for passin’ through town!”

An old lady pelt him in the head with a rotten tomato.  He laughed it off.

“You people aint much on hospitality, I’ll tell you that!”

Swears, insults, obscene gestures and all kinds of abuse were heaped on the Buchanan Boys.  Jack reveled in it.  He even broke out into song.

Jack eyeballed Joe.  “Hey boy!  BOY!  That’s that song you people would sing whenever the mass gave you a good whuppin?”

Joe was too classy to respond.

“Swing low…sweet chariot…comin’ for to carry me home!  Oh the massa whupped my balls good and now I swing low….”

“Marshal! Aint it enough to run a man up the river on false accusations?!  You gotta have me watched by a dirty nig…”

Gunther stuck his foot in front of Jack’s, tripping the bigmouth up and launching him into the ground face first, taking a few of his brother-cousins with him.

“Damn Jack,” Gunther said with a wink to Joe.  “Better watch your step.”

How the West Was ZOMBED – Part 2 – Werewolves and Women

Smelly Jack and the Buchanan Boys have been captured and now our hero, US Marshal Rainier Slade, has to wait a week until the arrival of Judge Sampson.

In the meantime, a love triangle blooms.  Scandalous brothel madame Miss Bonnie is the only woman Slade can be himself around but…the bible thumping Widow Farquhar is there.

Never underestimate the power a woman who is there has on a lonely man.

Plus, there are some damn werewolves. 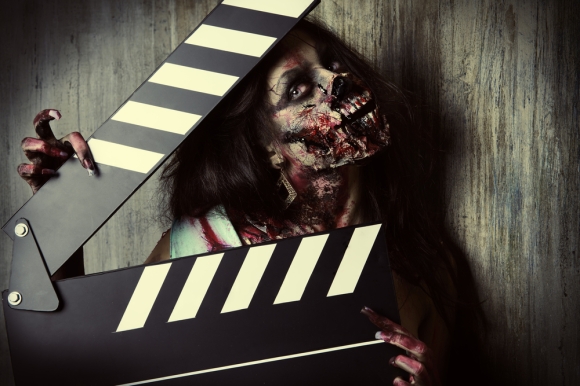 Well this is a first.  I just finished the second part of How the West Was ZOMBED.

Special thanks to everyone who’s been offering advice on how to make this better. Please keep it coming.  I’m learning a lot from all of you.

I may not add the revisions right away.  I’m currently doing a first draft and just working on getting the story out but will work them into the second draft.

How the West Was Zombed – Chapter 20

Midnight.  The criminals snored and shifted in their seats.  Smelly Jack was having a difficult time drifting off seeing as how he was chained to two of his brother-cousins.  Slade and Gunther were outside on the porch.  The oldest Knox was fast asleep.  The two younger Knoxes were locked in a heated debate about whether or not Jesse James was an outlaw or a hero.

Joe walked to the pulpit, which Miles was using as a desk to draw his latest masterpiece.

“Are we leaving?” the boy asked.

Joe answered his son’s question with a question. “I’m that obvious?”

“I can smell your fear,” Miles replied without looking up.  This time he was working on a pirate ship, complete with sails, masts, cannons, and little pirates on deck.

“You don’t smell so brave either,” Joe said.  “I don’t know anyone who could at a time like this.”

“Should we go now or in the morning?” Miles asked.

“Neither,” Joe answered.  “I gave my word I’d help watch these men until their trial and a man’s only as good as his word.  As soon as that’s over, we’ll be moving on.”

“Mr. Beauregard’s funny,” Miles said. “The Marshal doesn’t talk much. Why do you think that is?”

“I don’t know,” Joe said. “Maybe his mother taught him that if he can’t think of something nice to say about someone then he shouldn’t say anything at all.  He probably met too many people who fit the bill.”

“Where will we go?” Miles asked.

“Thought about down Mehico way but I hate the heat.  Canada will suit us fine.”

Miles looked up from his artwork.  “Pa, shouldn’t we just outright tell them?”

Joe chuckled. “Son, people talk a good game about ghosts and goblins and things that go bump in the night but seeing is believing.  Unfortunately for most folk, by the time they see it and believe it, it’s already too late.”

“What do you think the Legion is up to?” Miles asked.

“No clue.  But it’s big.  Bigger than anything they’ve ever tried before.”