Top Ten Ways to Pick Up Chicks During a Zombie Apocalypse 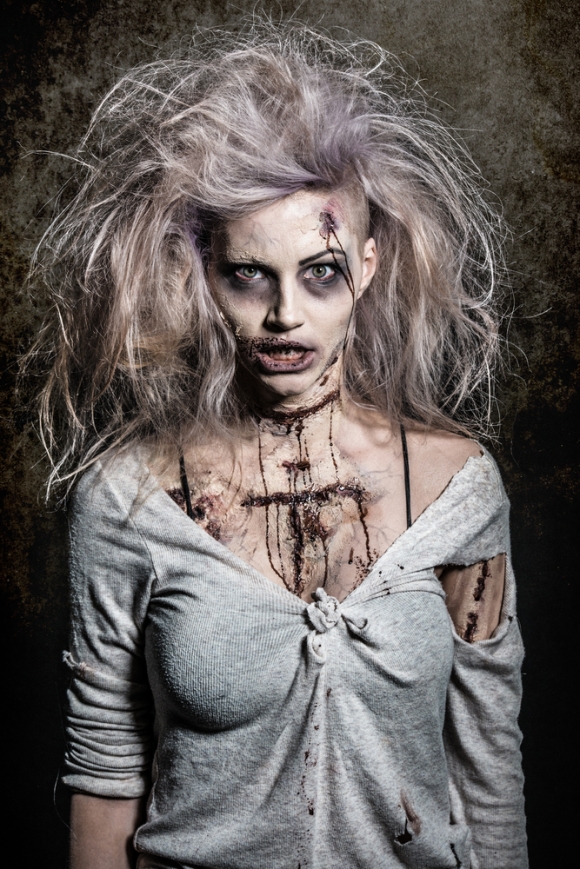 It’s the end of the world…but that doesn’t mean it has to be the end of your love life.

Let’s face it.  Anyone could be eaten by a brain biting bastard any second.  So, I mean, even though you’re a total CHUD and weren’t able to pick up pussy with a handle in real life, you might be able to score with a chick during the end of days.  After all the fear of death around any corner is a total turn-on.

So, from BQB HQ in Fabulous East Randomtown, it’s the Top Ten Ways to Pick Up Chicks During a Zombie Apocalypse:

#10 – Tell her you are sorry her husband was eaten by a zombie.

Maybe you are actually sorry her husband was chomped.  Maybe you liked the guy.  Maybe you thought he was a dick and cheered the zombie on.  Maybe you were jealous that such a big doofus had such a hot wife, so you pushed the prick right in the way of those undead choppers.  Doesn’t matter.  She’s sad her man is dead, so be a gentleman, give he some condolences and wait at least until sundown before you make a move.  Any earlier than that is disrespectful to the dead, unless her husband became a zombie after he gotten bitten.  In that case, fuck that guy, because he’s a damn zombie now and he deserves no human pussy.

#9 – Lie About Your Heroic Feats

Your mother told you not to lie?  Oh, that’s adorable.  :::slaps you::: Bitch, get real!  The newspapers are out of business and no one’s keeping score, so feel free to embellish your resume.

NO – “I have been hiding in my closet with a baseball bat for three years, leaving occasionally to pee.”

YES – “I single handedly saved 100 orphans by fending off 1,000 zombies with nothing but a bottle opener and a toothpick.  I then taught the orphans kung fu and trained them into  a vicious zombie army and together, we kicked the heads off of 10,000 zombies.  I then found a town that was being abused by a cruel dictator.  So, I told him to leave or I kick his face off with a roundhouse kick.  He refused to leave, so I indeed removed his face with a kick.  All the women of the village were so turned on that they allowed me to impregnate them. In short, I kill at least 500 zombies a day before breakfast and I have saved the lives of 500,000 people.”

#7 – Pay women to spread rumors of your sexual prowess.

Women will often ignore a guy until they hear another woman wants him.  It’s called having stank on your hang-low.   So, just give some extra rations to some ladies and tell them there’s more where that came from if they tell every woman they meet about the hot time you had together.

#6 – Punch the biggest guy in the survivor camp in the face.

Free shopping in all clothing stores.  There is no excuse for your tired ass look now.

It’s the zombie apocalypse, bitch.  Po-po has more to worry about than your herb garden.  Get yourself a green thumb and become a weed farmer.  Bitches love weed, especially during a zompoc.  Helps them get their minds off of potentially being eaten by zombies.

Like, don’t take on some strong ass zombies who were weightlifters in their previous lives.  Get a couple of slow, fat zombies, turn them lose and karate chop their heads off.  All the babe will see is that you saved her ass and won’t realize that these were ringer zombies.  Never be too proud to fix a human vs. zombie fight.

Remember #9?  Guess what?  There are no fact checkers in the zombie apocalypse, so feel free to lie about your past too.

RULE OF THUMB:  Smarter the babe, the more realistic the lie.  If you’re a flabby fat fuck, a smart babe will not believe you were a NAVY seal.  But that’s OK.  You can just tell her you had your own Silicon Valley startup company and made a fortune.  Hell, promise her if the government and economy are ever restored, you’ll share some of your dough with her.  (Don’t worry.  People are lazy as fuck.  It’ll take like thousands of years for the government to be restored, so you’re in the clear.)

#1 – Don’t tell her if the government and economy are restored.

You’ve whisked her away to a secluded shack.  One day, she goes out in search of berries. Suddenly, there’s a power surge.  The TV and lights turn on.  A news anchor says all the zombies are dead and the world has been restored.

I mean, yeah, you could tell her that shit’s fine now so she can go back to her old boyfriend or…dude, please, you know I’ll lose all respect for you if you don’t rip that fuckin’ TV cord out of the wall, find the fuse box and turn all that shit off and tell her she better get her ass back here where it’s safe and don’t even think about looking for no berries again.  But be cool, just let her know it’s safe in that cabin, and only in that cabin, and you’ll protect her.

DISCLAIMER:  This was all just a joke.  You should be nice to women and considerate of their feelings and do not trick them and so forth. Don’t call them bitches and so on.  They are more than just their vaginas.  You should also be nice to women during a zombie apocalypse.  Share rations because you worry they are hungry, not because you think it might get you laid.  Be honest about your past (though she won’t, let’s be real) and if the zompoc ends…tell her…