Is Your Girlfriend a Steampunk?

Does she wear a top hat?  Does she speak in a cockney accent?  Does she use modern tech that looks like it was built during Victorian times?

Happy Valentine’s Day 3.5 readers. Here’s a blast from the past from Uncle Hardass, who opines that if you’re a lonely CHUD this Valentine’s Day, you should give up and settle.

Hello degenerate 3.5 readers.  Still wasting your time trying to become writers I see. Despite your old Uncle Hardass’ repeated efforts to put you on the straight and narrow path, you’re all still convinced that you’re going to be the next Hugh Howey.

And you know what?  Maybe you all ought to shut yourselves up in a big grain silo for a decade or two just to get some inspiration for your next writing project.  God knows the world would be a better place without all you damn hippies in it.

The salt mines are still hiring, by the way.  GET A JOB!

Anyway, it’s Valentine’s Day.  The day of love.  Amor, mon cheri.  I know this comes as no surprise, but back in my day, I was quite the ladies’ man. 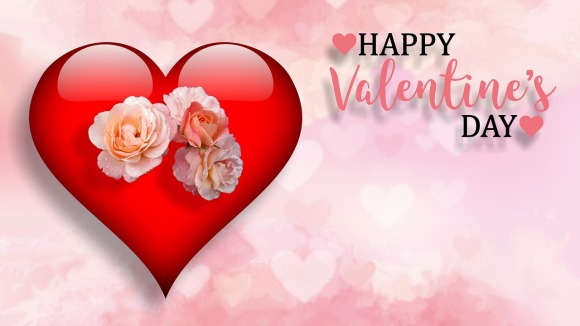 Ahh, Valentine’s Day.  That day that you don’t want to screw up, for if you do, your source of vagina, er I mean your beloved lifelong best friend and companion, will go on lockdown.

Have you been too busy reading this fine blog to buy a gift?  From BQB HQ in Fabulous East Randomtown, here are my top ten last minute ideas:

#10 – Household Appliances – If 1950s advertising has taught me anything, it’s that you’ll be a hero in your household for getting your wife a dish washer, clothes washing machine, basically anything that will make less work for her around the house and frankly, you’re a good man for not being a stickler and making that lazy bitch clean clothes and dishes the better, old way of demanding that she put all that dirty shit in a sack and drag into down to the river and then spend three days washing it all in the river water and drying it all on a rock.

Make sure you let her know that you’re being a good guy by helping her out here.  “You know, honey, Mr. Tiddlybonker across the street makes his wife carry all the dirty clothes to the river…”

#9 – Money – Chicks dig money.   Oh, and if you don’t have a wife or girlfriend, I’ve heard that money can buy you a prostitute…so, rent a valentine!  (Don’t do it you’ll go to jail and be a bad man’s valentine).

#7 – Penis.  Consensual penis only.  Seek written, notarized, witnessed and videotaped consent.  Just to be sure, make her take a lie detector test while she’s consenting.

#6 – Karate lessons.  Once she’s a blackbelt, she can karate chop all of the unwanted, non-consensual penis.

#5 – A lifelike dummy replica – She can put this out and it will take all of the unwanted, unsolicited, non-consensual penis attacks while she goes about her daily business.

#2 – Russel Stover heart shaped chocolate boxes.  Only squeeze 70 percent as you look for the one you want.

#1 – A poem.  Her eyes are like the ocean, her smile is like the sun…chicks love that shit.

“Success is not final, failure is not fatal: it is the courage to continue that counts.”

BQB here with a review of “Darkest Hour.”

Sigh.  That man (or woman) is working the drive-thru at Arby’s or some such bullshit, because let’s face it, people without polish and pizzazz (or money) can’t get a foot through the political door these days.

Luckily, such wasn’t the case for Sir Winston Churchill.  An old mumbler who looked like a bald bull dog, he drank to excess, took most meetings in his bathrobe, and chain smoked cigars and drank bottles upon bottles of booze all day long.  Moody, unpolished, rude, but he had balls.  Oh, how he had balls.

Prime Minister Neville Chamberlain (Ronald Pickup) sought peace with Hitler.  The result?  At the start of the film, Hitler’s armies stand ready to overrun Belgium and take over France, where, without intervention, they’ll push British forces into the sea at Dunkirk, effectively ending the UK’s ability to defend itself.

It’s a hopeless situation and the political types in parliament are more interested in saving their careers than the nation.  No one even wants the position of Prime Minister now, as defeat seems imminent and no one wants to go down as the leader who handed England over to Germany.

Thus, Churchill, who had long been the lonely canary in the coal mine, warning England and the rest of the Europe that Hitler was up to some serious shit and he should met not with appeasement but early attacks before he gets too far, is placed in charge.

Chamberlain and Viscount Halifax (Stephen Dillane or Roose Bolton to “Game of Thrones” fans) want to double down on a new attempt to appease Hitler, oblivious to the fact that earlier attempts to satiate the Nazis just made them that much stronger.

Together, they make moves to force Churchill into peace talks, putting the bulldog into a grave position.  The 25,000 lives he lost under his military command years earlier weigh heavily on him, and the prospects of victory against a war machine that has conquered the rest of the continent seem grim.

Ultimately, it’s up to Churchill to make some tough choices and outfox the foxes in his hen house at their own game.

SPOILER ALERT – because, I mean, it’s history, so you should know already, but Churchill chooses to fight Hitler rather than make a peace.  He’s certain it would be a lame ass peace, one that would leave the swastika flying over Buckingham Palace and a Nazi controlled puppet government running the show.

But it was definitely an unsavory roll of the dice.  Had Germany prevailed, the puppet government would have looked better than a defeated, decimated Britain…and thus Gary Oldman as Churchill gives us a front row seat to how the proverbial sausage is made, how leadership requires the bold to make a tough decision and to stay the course, no matter how far away the light at the end of the tunnel may seem.

Will there be more Churchills in the future?  Honestly, I feel television really screwed our collective political pooch.  As long as elections are decided based on who has the most polish and pizzazz, perfect looks and fabulous hair, the ornery old bald foul mouthed drunk who’s willing to put his balls on the line and to tell the enemy to eat a dick doesn’t stand a chance at election.

Hell, even Churchill didn’t.  Once his big balls one the war, his reward was to be thrown out of office.  But, he was able to walk away knowing he and his balls had stood up for what was right.

Worthy of Oscars all around but will probably lose to the movie about the fish fucker.

STATUS: Shelf-worthy.  Rent it today.  Props to the women behind the man, i.e. his wife Clemmie (Kristin Scott Thomas) who reigned him in and got him to focus on shit.  Meanwhile, scenes with his personal secretary, Elizabeth Layton (Lilly James) who has to undergo the stress of taking Churchill’s cigar smoke cough laden, booze fueled, mumbling rants and putting them into actual words to be typed and dispatched are particularly touching.