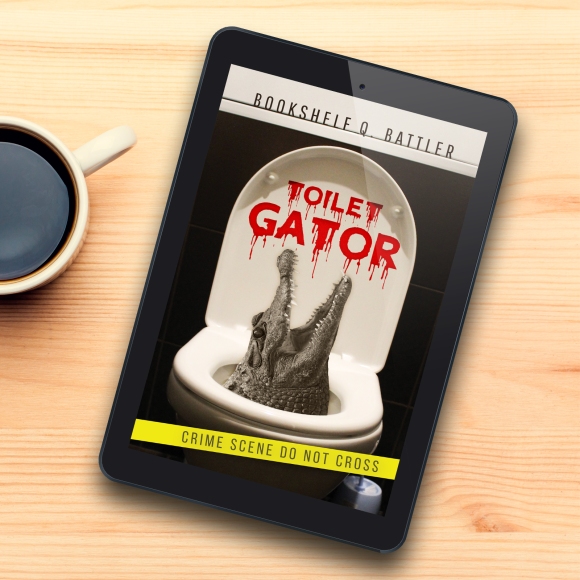 Back in his office, Professor Lambert was wracking his brain, trying to remember what he had forgotten.

“Did I leave the stove on?”  he asked as he toked up.  “Pbbht.  Who am I kidding?  I haven’t cooked anything since Reagan was in the White House.  Was the iron on?”

Professor Lambert stared down at the wrinkly shirt underneath his lab coat.  “Right.  I don’t own an iron.  So what the hell was I supposed to do?”

The Professor was so baked out of his gourd that he picked up a half eaten chocolate bar and proceeded to talk to it as if it were his phone. “Sally! Is there anything on my to-do list for today?”

Professor Lambert picked up his remote control and flipped through the channels on his TV again. There was another episode of Dumb Dad but he wasn’t in the mood. A few reality television shows featuring women with large posteriors. He was mildly interested in that but not enough to do anything about it for the ganja had sapped up his libido.

“This is killing me,” the Professor said to himself. “I know I didn’t forget to feed the cat.”

The esteemed scholar looked down at his lap. “And I remembered to wear pants. Thank God because the last thing I need is another letter in my human resources file.”

The professor kept flipping the channels as he drummed his fingers on his desktop. “Can’t be my mother’s birthday because she ordered me to stop reminding her of her old age years ago.”

Professor Lambert picked up the chocolate bar, unwrapped it, and took a bite. “I don’t know how you turned into chocolate, phone, but I’m glad you did, because you are delicious.”

On television, a duo of marginally famous female celebrities wrestled in a vat of lime jello for charity. The Professor sucked up some bong smoke and exhaled. He then reached into his bottom draw and pulled out a giant bag of cheesy chips.

The revered educator broke out into song, making up a terrible melody as he went along. “Dum dee dum, oh, Elliot, you have the munchies! La dee da, oh, Elliot you need cheesy chips! Doo dee doo, cheesy chips, get into Elliot’s belly posthaste and in an orderly fashion!”

Professor Lambert brushed the chip crumbs out of his beard, then pulled a can of diet soda out of his mini fridge. He popped the top and took a sip, continuing to sing as he flipped through more channels.

“Ho hum, ho hum, oh Elliot, you are the sexiest community college professor in the world! La la la, please remember whatever it was you forgot so you can resume enjoying your weed session!”

Professor Lambert switched on Network News One, but ignored the footage that appeared on his screen. He set down the remote and picked up a newspaper. As he folded the broadsheet with a series of complicated movements, Cole could be seen on the screen fighting for his life, using his chainsaw to beat back Skippy’s attacks.

Alas, the Professor remained obvious to it all as he put his brand new paper hat on top of his big bald head. “Permission to come aboard, Captain!” he shouted.

The voices of Kurt Manley and Stank Daddy poured out of the television and into the Professor’s ears. “Things are not looking good for Cole Walker, I’ll tell you that Stank Daddy.”

“No they aint, Kurt,” Stank Daddy replied. “Hell, I hate to root against a dude whose got the balls to fight a big ass monster like that but shit, business is business and I’m gonna have to call up my bookie and put ten large on that toilet gator.”

“Will he take my action?” Kurt asked.

“Tell him to put me down for twenty on the toilet gator,” Kurt said. “I’m good for it.”

The Professor dropped his chip bag. The name “Cole Walker” was ringing through his ears as he watch the chips scatter and crumble all over his office floor, almost as if they were doing so in slow motion.

“Cole Walker?” the Professor asked as he turned toward the television just in time to watch Cole leap out of the sinking canoe and onto the toilet gator’s back. “Sweet merciful butt nuggets!”

Professor Lambert picked up his trash can, dumped the contents all of his desk and sifted through the trash pile. “Banana peel, banana peel, foot powder receipt, sandwich shop punch card…”

The scholar held the card up in the air and squinted at it. “Why the hell did I throw this away? Three more punches and I get a free sandwich! Honestly, Elliot, you’re not made of money you know!”

The Professor shoved the card into the pocket of his lab coat and continued the search. “Coffee grounds, used tissues, my crumpled up attempts at Firefly fan fiction, oh how I miss that show. Aha! My phone! Sally!”

“Don’t you ‘Sally, please’ me,” Sally said. “How dare you bitch about the quality of your phone’s artificial intelligence? Do you know at the turn of the century people were still using pagers and searching for pay phones whenever they got beeped like a bunch of strung out drug deals and now, a mere seventeen years later, you phone can not only communicate with satellites floating in space but they can actually talk to you and perform tasks on your behalf?

“That’s actually quite impressive when you put it like that,” the Professor said.

The Professor watched the TV, where Cole was precariously perched on Skippy’s back, attempting to take out his big green opponent with his chainsaw, but the gator’s leathery hide was so strong it looked as if Cole was trying to cut through fortified steel. Sparks flew off the gator’s back, but other than that, the chainsaw did no damage to the beast whatsoever.

“Are you daft, woman?!” the Professor asked. “This is a matter of life and death! There’s no time to waste!”

“Are you giving me shit for real or am I just absurdly high right now?” Professor Lambert asked.

“Was that so hard?” Sally asked.

“Good boy,” Sally said. “I’ll train you yet.”
Sharon’s phone didn’t even ring. It went straight to voicemail. “Hello, you’ve reached Agent Sharon Walker. I’m not able to take your call right now, but if you leave your name, number and a brief message, I’ll get back to you as soon as I…”

“For the love of Einstein’s mustache!” Professor Lambert cried. “Why won’t anyone answer their phone?”!

“Hurricane Dakota Rothschild as done a number on all local utilities,” Sally said.

Almost as if on cue, the lights in the Professor’s office flickered. The power went out and all the appliances, from the television to the mini fridge, shut off. The Professor sat there at his desk in the dark, feeling defeated, the only illumination left in the room coming from the warm glow of Sally’s screen.

The Professor looked at the power meter on Sally’s screen. The phone’s battery was down to a paltry ten percent.

“Sally,” the Professor said. “Please shut off all unnecessary apps at once.”

I just finished it up to the end of the sixth and apparently last season.  I mean, I don’t want to spoil it but suffice to say the girls have better luck at life this season than the previous seasons.

Still, the overall point of the show is to highlight the struggle people have, especially young people who grow up thinking the world will be their oyster only to face the grim reality of every door of opportunity they try to walk getting slammed in their faces.

Along the way, the come across all sorts of characters who are also down on their luck.

Perhaps it seems silly to worry about a show that’s basically a big pile of fluff but from the very first episode, the girls chart out a course – they’re going to lift themselves out of poverty and become big time cupcake selling superstar moguls and I just think CBS is in the wrong for ending the show before that happens.

So if any other network out there wants to pick it up for at least a final wrap-up season (I’m looking at you, Netflix) I know you’d at least have me as a viewer.  I can’t guarantee my 3.5 readers will come along.  They never listen to me.

Overall, it sucks when networks do this.  These shows build up fans over the years that grow attached to the characters and invest time in watching their stories.  It’s uncool to leave the fans hanging.  We were told Max and Caroline would be super, ridiculously successful one day.  We should find out if that happens.

Hollywood, if you can’t make this happen, at least put Kat Dennings and Beth Behrs in something else.  Kat, and her copious bazongas are a delight.  Beth is fabulous too though she lacks Kat’s bazongas.  (As far as I know it’s cool to joke about this as it is a running joke in the show.)