I usually don’t get political on this fine blog.  I want it to be enjoyed by all…of my 3.5 readers.

But this is an issue I wrote about after the Parkland school shooting and sadly, I’m writing about it again after the shooting in Santa Fe, Texas.

Look, I get it.  Gun control is a tough issue.  There are so many strong feelings on either side.

But let’s be honest…while we hope the gun-less utopia, a world where everyone voluntarily throws down their arms because everyone has become so kind, caring and trustable, is coming, it clearly isn’t coming anytime soon.

Listen, in the 1800s, did the world wait when desperados stuck up Old West banks?  Did we say, “Oh, we won’t secure these banks, we’ll just wait for a day when everyone becomes nice enough to not rob banks anymore.” No, they pinned tin stars on the chests of surly, bearded, tobacco chawing U.S. Marshalls to hunt down the bank robbers.  Today, go into a big bank and you’ll see all kinds of guards and security measures.

When terrorists struck on 9/11, did we wait and say, “Oh, we’ll wait until the day comes when no one wants to do anything evil with a plane.”  No.  The department of Homeland Security was started, the whole governmental intelligence gathering/law enforcement apparatus was overhauled and airport security was increased.  We haven’t had a plane hijacking since, knock on wood.

Does it suck that we live in an age where schools require armed guards?  Yes.  Will their presence at schools intimidate the kids?  I mean, if you think about it, you see so many police and security guards all day long, wherever you go – banks, major attractions, airports, subways, etc.  Do you ever feel oppressed when you see them?  Probably not.

Every school should have a security assessment and doors should be secured.  They should be made such that there’s only one way to enter and that entrance comes with having to go through a metal detector staffed by armed guards.  You go through security at so many other locations, so this shouldn’t be a problem.

Yeah, I know.  You might say, “Well, that sucks that kids have to be shaken down by security every day” but we have to realize there is an ongoing pattern that has emerged the past twenty years.

Basically, the shooter is almost always a troubled young boy who gets his hands on a gun and after years of being picked on, or teased, made fun of, etc. he decides he’s going to get even.  Young people often have no comprehension of how long life is and how some of the things that seem awful when they are teenagers will one day become things they will barely remember when they are adults.

Video games are more violent than ever.  So are movies.  And with the Internet, kids have exposure to all sorts of naughty stuff you couldn’t have dreamed of seeing as a kid many years ago.

Worse, you’ve got the “me” culture and even worse, “the fame culture” where everyone seems to think the best thing you can do in life is to become famous and it doesn’t matter if you become famous for doing something bad.

We have to be honest here.  Yes, guns are a problem but also, keep in mind that up until twenty years ago, people had guns and yet, school shootings were not a regular occurrence.  Not saying everyone in those days were perfect, but there’s been a breakdown somewhere that so many kids end up deciding to do a school shooting.

Maybe we’ll get to the gunless, peaceful utopia someday. Until then, tighten up school security.

Thank you.  This is BQB, signing off. I’d run for president and solve the world’s problems myself, but I wouldn’t have time to write on this exceptional blog.

Is the second verse as good as the first?

Time to make the chimichangas, 3.5 readers. BQB here with a review of “Deadpool 2.”

It’s hard for me to say anything disparaging about this movie, 3.5 readers.  The first film was witty, clever, funny and all in all and left me with that feeling of, “Wow, I’ve just seen something new and different.”

Thus, when you go to watch a sequel, there’s often a feeling that maybe the guild is off the lilly and in a way, that’s true.  You’ve met Ryan Reynolds’ Deadpool now and you know what he’s capable of, both in terms of action and hilarity.  So while that “new car smell” isn’t there anymore, you still expect a quality ride and that is delivered.

In this go-around, Deadpool, the merc with the mouth, finds himself in the unenviable position of being an X-Man trainee, short shirt and all.  While working with his old pals Colossus (Stefan Kapicic) and Negasonic Teenage Warhead (Briana Hildebrand), he comes across the chubby and angry, wayward adolescent Russell/Fire Fist (Julian Dennison), who has been making mischief with his fire shooting hands and can’t seem to be controlled by anyone.

Enter Cable (Josh Brolin), a grizzled soldier from a future where Russell has wreaked havoc on earth with his power.  He wants the kid dead, but Deadpool believes the boy can be redeemed.

Thus, our favorite trash talker in red creates “a super duper fucking group” featuring a wide ranging cast of characters I won’t get into other than to say that Zazie Beetz is a delight as Domino, the somewhat naive super hero whose one and only power is luck…marvel as trucks seem to crash just in time to avoid hitting her, there’s always a soft surface for her to land on when she falls and so on.  In a way, she’s a parody of every hero who manages to always narrowly miss a bullet, a collision or what have you.

It’s a great film – lots of action, lots of laughs.  Lots of inside jokes that you need to be a comic book nerd to get – i.e. Deadpool spends considerable amounts of time screwing with Professor X’s helmet and wheel chair, and continues to make Hugh Jackman and Ryan Reynolds as Green Lantern jokes galore.

The test of a good comedy for me is if I laugh uncontrollably and here, I did several times.  So, I do feel bad for pointing out that we’ll probably never get that crisp, fresh out of the wrapper feeling with Deadpool again, but the film doesn’t disappoint. 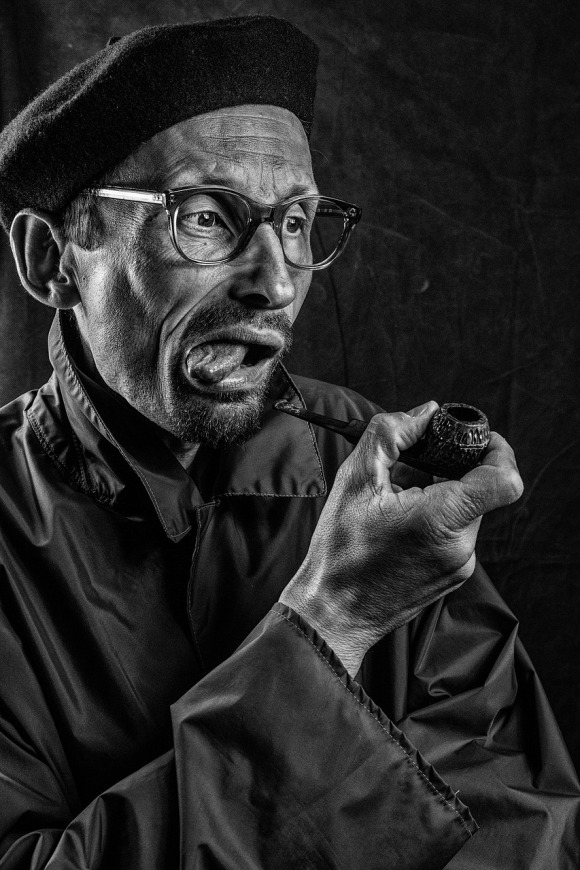 #277 – I’m not highly opinionated, it’s just that what I think is accurate and what others think is idiotic.

#278 – Speedos are all the rage on the beaches of Monte Carlo.

#279 – My business associates at the important meeting were surprised to see my underwear in my briefcase, but if it’s called a “briefcase” then I can’t think of a better place to put my soiled undies.

#280 – Chalk can be used to make a lot of marks on a chalk board, but no matter how hard you try to erase your words, a little bit of them will always remain.

#281 – I’ve always wanted to try jerk chicken but I’ve never had a desire to get that intimate with poultry.

#282 – Nobody knows the trouble I’ve seen, except for other people who can be categorized according to my socioeconomic profile.

#285 – Cacti and porcupines are fun to have around until they become big pricks.

#286 – Crabs will never make good guests, whether on the beach or in the pants.

#287 – “Die Hard” will always be my favorite Christmas movie.

#288 – Geniuses are often maligned in life, only to be pined for in death.

#290 – Has anyone ever actually cried a river?  What do you think made that person so sad in the first place?

#291 – Do caught fish feel like they’re being abducted by aliens when they are pulled out of water?  “I was eating a worm for lunch and next thing I know, I’m being pulled towards the light…”

#292 – My next car is going to be one of those bridge layer trucks used by the army to create bridges whenever they need one.  That way, whenever I drive to a canyon, I can just create my own bridge.

#293 – If you throw the object of your affection into the trash can by mistake, it’s not truly gone until it’s carted off to the dump.

#295 – Tuesday is one day after Monday but also one day before Wednesday.

#297 – You’ve heard of hard drives?  I’ve invented the world’s first soft drive.  It starts out the same as a hard drive, but then it is forced to watch Bea Arthur’s long lost sex tape on a continuous loop for three hours.

#298 – I could go for a good can of Diet Shasta Orange right about now.

#299 – If I had a nickel for every time someone gave me a nickel, I’d have very few nickels, because it’s not like there are many people running around, handing out free nickels these days.

#300 – I want to get one of those strings that people tie to the back of their glasses.  That way, I would never lose my glasses.