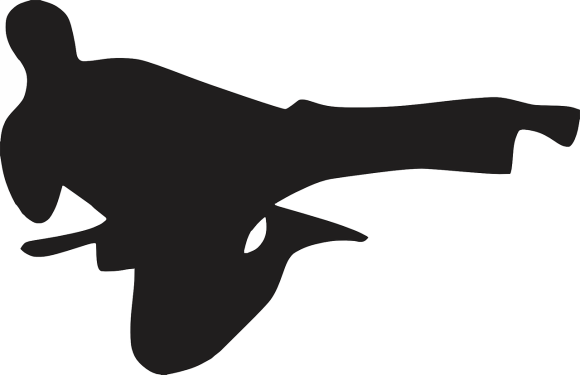 “My son,” the master said. “To grieve is to be human, but there is much work to be done before you can comfortably wallow in your sorrow.”

Junjie stood up and wiped the tears from his face. “Astral projection?”

“Yes,” the ghost said. “I pushed my spirit out of my body just in time to avoid my body’s death.”

“Since its inception, the Clan of the Sacred Yet Inscrutable Tiger Claw has always protected the Emperor and defended China,” the master said. “I knew you would be our only hope…and I knew you would need my help.”

“No,” the master said. “For without Diyu, I can not be judged by the Yama Kings. Without their judgment, I cannot atone for my sins.”

“You have sins?” Junjie asked.

“We all do,” the master said. “It is impossible to live and not sin, as hard as we may try. And without atonement, I’ll never find peace in Heaven.”

“So what will become of you?” Junjie asked.

The master’s ghost looked down at his destroyed body. “Well, I can’t return to that pile of crap. And a soul needs to be inside a body at the time of the body’s death in order to be transported to Diyu, otherwise the Yama Kings are easily confused.”

“I’ll wander the earth as a ghost until the end of time,” the master said.

“You knew that?” Junjie asked.

“And you did it anyway just to help me?” Junjie asked.

“Don’t say I never gave you anything,” the master replied.

Junjie put his arms around the apparition, but his attempt at a hug ended up with him just passing through the master.

The hero looked at Mei-Ling, who was still frozen in stone. Junjie brushed his hand across his love’s hardened face.

The master scoffed. “You changed your name to Dragonhand?”

“Ran the race of the jubilant jack rabbit,” the master said.

“Stuff your ‘should haves’ and ‘could haves’ in a sack and throw it in the river,” the master said. “What is over is done, but tomorrow will always come with the rising sun.”

“You can’t,” the master replied. “Mei-Ling already did.”

The master sighed. “Mei-Ling isn’t gone. When the Staff of Ages is used to preserve a body in stone, the body is usually dead. Thus, the body is preserved as it lived. But if the body is already alive…”

Junjie lit up. “It preserves the body alive?”

“Oh Mei-Ling!” the hero said as he threw his arms around the stone woman.

“This is not exactly the time for celebration,” the master said. “Mei-Ling has still been frozen.”

“But you can fix her,” Junjie said.

The master shook his head back and forth. “I can’t.”

Junjie released his stone girlfriend. “Why not?”

The master shrugged his shoulders. “I don’t know how to.”

“Never in my ridiculously long life did I ever think that I would one day have to fix a person who has been preserved in stone,” the master said. “So I never learned how. None of the prior masters did or else they would have passed the information down.”

Junjie glanced at Mei-Ling. “Can she hear us?”

“I assume so,” the master said. “Though I can’t imagine a fate worse than being trapped alive in stone.”

A familiar voice traveled through the air. “Fate…”

“Niu,” Junjie said. “Ahh, my old friend surely must have perished. It’s as if I can still hear his voice.”

Junjie ran over to a pile of zombie carcasses where the voice was coming from.

A giant hand sprung out from the middle of the pile. It clutched a zombie brain. Niu emerged. His eyes remained normal, but he stared at the brain and drooled.

“Fate has kept me alive,” Niu said. “Fate has helped me defeat my enemies. Fate…wants me to eat this brain.”

Daily Discussion with BQB – Why is January 2 the Saddest Day of the Year?

Because you not only realize that last year is gone but also one day into the New Year is already done.

Time needs to slow down.  Slow your roll, time.

Over this fine Christmas holiday, I had the chance to witness the birth of a Hatchimal.

Once you get it, it seems like a pretty lame plastic egg.  But play with it, pick it up, rub it, and eventually it starts pecking away at the egg until it is all gone.  Then it is a baby for a while, then it is a toddler for a while and finally it is a kid for a while.  In other words, it grows up over time and changes its reactions accordingly.

Does it seem like a dumb toy?  On the surface, yes.  But I have to say, it’s a remarkable piece of engineering.  Consider what has to happen for this thing to work:

In other words, a lot of science went into this thing.  I was impressed.  If you have a kid, you should get him/her a Hatchimal.

Just beware dud Hatchimals.  There have been reports of some of them not hatching and some reports that they swear, though I have a hard time believing that.  They seem so cute and good natured but then again it’s always the ones you don’t suspect.