2 Comments
By bookshelfbattle BQB and the Meaning of Life

Q and A with Legendary Fantasy Author Joel LL Torrow

What an amazing exclusive, 3.5 readers! 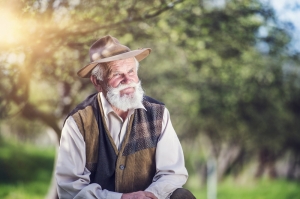 Joel LL Torrow, Author of the Dirge of Murder and Betrayal Series

Legendary fantasy author, the great Joel LL Torrow, after reading my tribute to him in Part 8 of Bookshelf Q. Battler and the Meaning of Life, was so moved that he contacted me to arrange for an interview, the transcript of which is below:

Q:  Joel, thank you for taking the time to reach out to me.  For anyone out there who might be living under a rock, I have to mention that you are the author of the spectacularly popular fantasy book series, A Dirge of Murder and Betrayal.  Briefly stated, the story follows an epic struggle for power and control over the Kingdom of Wentzlendale.

You’re known as the author who isn’t afraid to kill off beloved characters so let me start by asking, who did you put on ice this morning?

A:  Ha!  That’s the first question everyone asks me.  Let’s see, this morning I woke up, brushed my teeth and then while polishing off my usual breakfast of oatmeal and half a grapefruit, I had Sir Gremly, Vendo the Magnificent, and Hugh the Stable Keeper burned at the stake.

Q:  Not Hugh!!!!  He just returned from the Palisade Incursion and finally worked up the nerve to propose to Lady Farsquar!

A:  That’s life.  The best way to make the Holy Keepers of Wentzlendale laugh is to tell them your plans.

Q:  Why not give the fans what they want though?  Everyone was rooting for Hugh.

A:  Life only goes according to plan for a small percentage of people.  The rest struggle to cobble together some semblance of a life based on what fate allows them to have.  Sure, there are many fans who don’t want Hugh to be burned at the stake.  They’d rather see Hugh marry Lady Farsquar and live happily ever after.  Then again, there are fans who totally relate.  They have their own stories.  “I was just about to propose to my love but then I lost my job, was stricken with a terrible illness, caught her cheating with my best friend and so on.

Q:  Almost makes you wonder if Hugh got off easy by getting burned at the stake when you put it that way.

A:  A tremendous amount of pain and then it’s all over vs. a life time of inner turmoil and regret over something that didn’t go your way.  You be the judge.

Q.  Who’s buying the farm in your next book?

A:  I don’t want to give away any spoilers but things aren’t looking good for the Duke of Shabadoo.

Q.  Finally!  I hate that guy!  But oddly enough, sometimes I like him too.

A:  That’s another aspect of life.  Things aren’t always black and white.  Sometimes people do horrible things and yet you grow to understand why they did them when you realize who they are and where they came from.  That doesn’t excuse it, of course, but things don’t happen in a vacuum.  Better understanding of why people do what they do can help society find ways to stop bad behaviors in the first place.

Q.  Do you take great pleasure in hoodwinking us?  It never ceases to amaze me that even after we’ve come to realize that anything can happen to our favorite characters at anytime, you keep figuring out new ways to pull the rug out from under us.

A:  Which time are you referring to?  There have been so many.

Q.  Take the Tournament of the Star Quarter, for instance.  Burt Frederickson pummels Agitator Stabsmore within an inch of his life.  Our hero is about to deliver the final blow when the Duchess of Shabadoo breaks wind, thus distracting Burt and giving Agitator the upper hand he needs to grind Burt’s face into a fine paste.  I did not see that one coming.

A:  Once again, that’s life.  “I did not see that one coming” has been the famous last words for many people for many a moon.

Q:  By the way, one thing I’ve noticed:  some of your characters have interesting names like “Agitator Stabsmore” and “Anara Mistwake” but then once in awhile you’ll throw in someone with a name like “Burt Fredrickson.”  Some say that’s another element of realism, that not everyone has a magnificent name in the real world.  Between you, me and my 3.5 readers, are you just getting worn out coming up with new names and just grabbing some at random?

A:  Guilty.  I just use the names of people in my life when I can’t think of a good fantasy name.  Burt Frederickson is my podiatrist.  Good fellow.  Has a clinic in a strip mall next door to a Ruby Tuesday’s.

Q.  I recently predicted that the series will end when fan favorite Anara “Annie” Mistwake destroys all her enemies and is then named Supreme Super Queen of Wentzlendale only to unexpectedly die an agonizing, totally out of left field death when she stubs her toe and develops a nasty, fast moving staff infection.

A:  I was actually going to go with food poisoning from expired cottage cheese but it’s like you’re reading my mind.  I repeat, “that’s life.”  Sometimes you get what you want and enjoy it.  More often than not, you lose it to something you never could have predicted in a million years.

Q:  I apologize if this is a rude question, but why do you always wear that hat and vest?

A:  Not rude at all.  You see, I’m not the best looking fellow and sadly, society puts a lot of stock in what people look like.  For some reason, they think “well, that ugly person can’t be a good writer because if he had any brains he’d just use his mind to change his face” even though that’s scientifically impossible.  So, I improvise.  I just dress up like a quasi-fantasy character so people will see me and think, “Hey!  He kind of looks like a wizard or something so he must be a good fantasy writer!”

Q.  Kind of sucks being a writer sometimes, doesn’t it?

You heard it here, 3.5 readers.  Annie Mistwake’s going to croak from spoiled cottage cheese and Joel dresses like a quasi-fantasy character so people will accept him.  Who knows?  Next some random guy might pretend to own a magic bookshelf or something just because he fears readers won’t find him personally appealing.

The Bookshelf Battle Blog – the site for exclusive author interviews.