Will the Presidential Candidates Reinstate the Space Program if Elected? 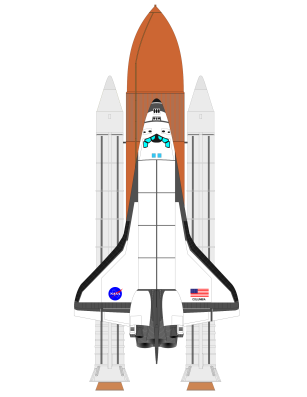 If you’re a nerd like me, then you’re aware the U.S. Space Shuttle program has been shut down since 2011.

I suppose there are arguments for that. The economy is in the crapper. We just, well I want to say wrapped up the war in Iraq but it doesn’t look very wrapped up, and there’s an ongoing war in Afghanistan, both wars have been costly.

Schools are on the decline. People are broke as hell and can’t find jobs.

So I get it. People don’t like seeing money being spent on space under these circumstances.

However, I’d counter that if the money isn’t going to the space program then it’s just going to some other politician’s pet project because there’s really no such thing as cost savings in the government.  The politicians just take moolah from one program and put it in another program.

Then they take you, the American taxpayer and turn you over and shake you up and down until all your spare change falls out.

But I digress.  Let’s not go negative. Let’s go positive.

Here are some reasons WHY the space shuttle is important:

We need to get the space shuttle back up there, people.

So, as a world renowned poindexter, I’m taking it upon myself to tweet the three remaining presidential candidates, Donald Trump, Hillary Clinton, and Bernie Sanders and ask them if elected, will they reinstate the Space Shuttle program?

Mr. Trump @realDonaldTrump if elected, will you reinstate the US Space Shuttle program?#space #spaceshuttle #Election2016

Secretary Clinton @HillaryClinton if elected, will you reinstate the US Space Shuttle program?#space #spaceshuttle #Election2016

Sen. Sanders @BernieSanders if elected, will you reinstate the US Space Shuttle program?#space #spaceshuttle #Election2016

I don’t want to brag, but as the caretaker of a magic bookshelf, I have a certain amount of pull when it comes to world affairs (that amount being absolutely zero), so surely one of these fine, upstanding political types will respond and give me the thumbs up or down as to whether or not the Space Shuttle will be pulled out of moth balls under their watch.

I’ll keep you posted, 3.5 readers, and if anyone gets back to me, I’ll let you know.

Will people stop reading books in the future?

I wonder and/or worry there might come a day when people don’t read novels like they do today.

I don’t have the stats but I don’t think they even read as much as used to.

So many shows. So many movies. So many streaming services. There’s probably never been a better time to be an actor or a TV writer (I assume competition is still difficult but there are at least more jobs to compete for maybe?)

I’m talking distant future. People will still need to read to get through daily life but I wonder if a time will come, like a hundred years now when people are like why the hell would I read a novel?

I don’t know. Just a thought.