Game of Thrones Recap – Season 6, Episode 9 – “Battle of the Bastards”

So many bastards. So little time. 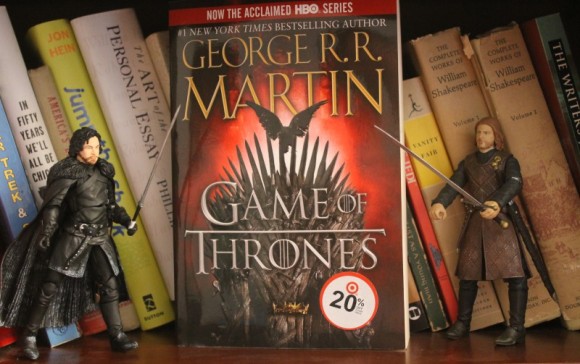 Holy shit snacks, it was a great episode tonight, wasn’t it?

We finally got to see those scaly dragons in battle and battle they did.  They’re like giant flying fire breathing lizard tanks.

And then the long awaited battle we’ve been waiting for. John Snow vs. Ramsey Boulton.

Quite a long, extended fight scene. There was a damn phalanx!

Can’t go wrong with a phalanx.

And you know 3.5 readers, I think there was a lesson here for both readers and writers.

You might remember way back George RR Martin and HBO took a lot of heat for allowing a scene in which Sansa gets raped by Ramsey.

At the time, no one, including myself, realized Ramsey would get a well-deserved comeuppance for that.

But hoisted on his own petard, he was.  Sansa got her revenge and fed Ramsay to his own dogs, the dogs Ramsay had fed so many of his victims before.

Lesson for the reader? Keep the faith. Trust that the writer will eventually address the point that you’re so angry about.

Lesson for the writer? Understand that a controversial scene will leave you taking a lot of heat and you’ll just have to sit back and wait until the time finally comes when the plot point comes full circle.

This season has gone by way too fast.