Hours later, the modest home of a simple villager had been turned into a makeshift battle hospital.

Doctor Sebastian Garcia listened to the patient’s heart with a stethoscope. The beats were slow and feint.

“We’re losing him,” the doctor said.

“Unacceptable,” Colonel Arroyo said. “The General is so loved by the people that our heads will be on pikes if he doesn’t live.”

“He has lost too much blood,” Doctor Garcia replied. “There is nothing I can do.”

The front door creaked open and an alluring woman emerged. She was dressed all in black with hair to match. Her eyes were stunning, her lips were red and full and a subtle beauty mark graced the lower part of her right cheek.

The Colonel turned his head toward the woman. “Leave, wench! You have no business here.”

“You will leave me alone with the general,” the woman cooed in a soft, sultry voice.

“Senorita,” the doctor said. “This is not a time for games. This is an important man and he is very ill.”

The woman’s eyes turned blank and blood red. She looked at both men intently, then slowly repeated, “You will leave me alone with the general.”

“Bien,” the doctor said as he walked out the door. “I suppose every man deserve’s a pretty woman’s company in his final moments.”

“Bahh,” Arroyo said as he joined the doctor. “Let’s leave them be. I need a drink.”

The door slammed shut. The woman’s eyes returned to normal as she stepped closer to the patient.

Santa Anna shivered and gritted his teeth as beads of sweat trickled down his forehead.

“Shhh,” the woman said as she ran her fingers through the general’s long, black hair. “All is well now, mi amor.”

The general’s hand twitched. The woman reached down and took it into hers. “Do you know my name?”

“Mi nombre es Legion,” the woman said. “Porque somos muchos.”
The woman rubbed her thumb up and down the back of Santa Anna’s hand. “But I suppose ‘Legion’ isn’t a very pretty name so you may call me Isadora.”

Isadora pressed her lips up against Santa Anna’s forehead and kissed.

“I have been following your career with great interest, Antonio Lopez de Santa Anna,” Isadora said. “In my many years, I have never seen a man so willing to risk his life for his country.”

Santa Anna winced with pain. Doctor Garcia had cut away the chunks of flesh and bone, cleaned the wound and dressed it, but blood continued to pour out of it and stain the white bed linen.

“Do you do it for honor?” Isadora asked.

Isadora’s right eyebrow raised. “Do you do it for glory?”

“I can work with glory.”

Isadora opened her mouth and two pointy fangs popped out.

“Fear not, novio,” Isadora said as she drew her mouth close to Santa Anna’s neck. “This will not hurt at all compared to what you have been through already.”

The vampire chomped at the patient’s throat, then sucked on his blood, feeding herself until the general was drained.

Isadora bit into her wrist, opening up two holes through, causing drops of blood to flow out.

The she-vamp pressed her wrist up against Santa Anna’s lips.

“Feed and all of Mexico will be yours.”

Like a wild animal, Santa Anna emitted a guttural roar. He sprang up in bed. His eyes turned red. A pair of fangs popped out of his mouth. Instinctively, he used them to cut into Isadora’s wrist.

A primal thirst had taken control of the general. He quenched it with Isadora’s blood.

She was a willing donor. As she watched her new plaything nourish himself, she could not help but laugh.

The Spaniards had returned for what they deemed was rightfully theirs. An army of two-thousand-six-hundred men loyal to King Ferdinand approached with rifles at the ready.

Sitting atop his horse, the middle-aged Colonel Javier Arroyo peaked at the uninvited guests through a spy glass.

“Madness,” the Colonel said. “General, we have no choice but to…”

Before Arroyo could say “surrender,” his commander, the brash, young General Antonio Lopez de Santa Anna was off, charging his steed towards the invaders with his saber drawn, a battle cry pouring out of his lungs, and hundreds of his own men in tow.

“Dios mio,” Colonel Arroyo said as he drew his saber and pointed it at the Spaniards. “Attack!”

The air grew thick with the scent of gunpowder as shots rang out from both sides. Swords clanged. Blood was spilled, staining the soil crimson.

Before long, the Colonel and the General found themselves fighting side by side.

“I find myself questioning your sanity, Antonio!” the Colonel cried as ran his sword through a Spaniard’s gut.

Santa Anna fired his pistol at one Spanish soldier, then, lacking sufficient time to reload, socked another square in the jaw with his bare fist.

“And I question your intestinal fortitude, Javier,” Santa Anna replied.

The general’s sword clanged against a Spanish rapier. Parry…parry…thrust! Another Spaniard down.

“There are too many of them!” Arroyo shouted. “There’s cowardice and then there’s using the head that God gave you!”

Pow! A Spanish cannonball emerged from a cannon perched on a hilltop, tore through the air, and landed twenty feet away, causing a contingent of Mexican soldiers to erupt in an explosion of blood and viscera.

Santa Anna picked up a dead Spaniard’s rifle and fired a shot, opening up a giant hole in the middle of a Spanish officer’s head.

“Fighting to keep what is yours?” Santa Anna asked. “If you think that’s a bad idea, then you’re the one who has something wrong his head, amigo.”

Arroyo ducked just in time to avoid getting his faced smashed in with the butt of a rifle. He returned the favor by jamming his sword through his opponent’s stomach.

“I think its a good idea to live,” Arroyo said.

“And you will,” Santa Anna said. “Trust me, tonight we will celebrate by…”

Pow! A third cannonball landed three feet away. It exploded.

The general was on the ground. His ears were ringing. His sight was blurry.

“Antonio!” Arroyo shouted as he fought his way to his fallen leader’s side.

Santa Anna looked to his left. A bloody, shredded leg laid in the dirt. Even with all the pain and confusion, he could tell the limb looked all too familiar.

The general looked down. His right leg was still there. His left leg was not. Scraps of flesh and bone jutted out of the left side of his pelvis where his leg once was.

Santa Anna’s eyes closed and he slipped into a deep, dark state of unconsciousness. 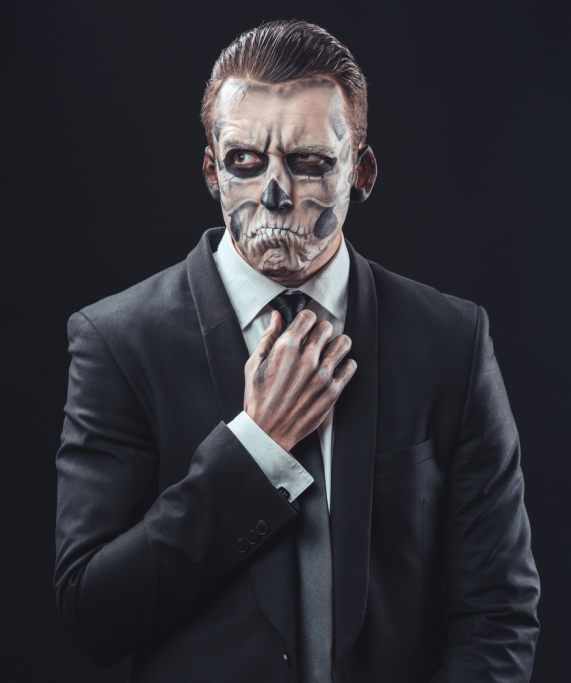 Luke Duffy.  A soldier who has found time to be awesome and write.

BQB has found time to do neither!

And don’t forget to check out Luke’s Amazon author page. 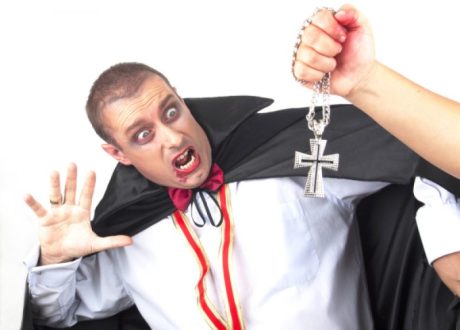 Is a vampire trying to bite you?