Top Ten Warning Signs Your Girlfriend Might Be a Ninja 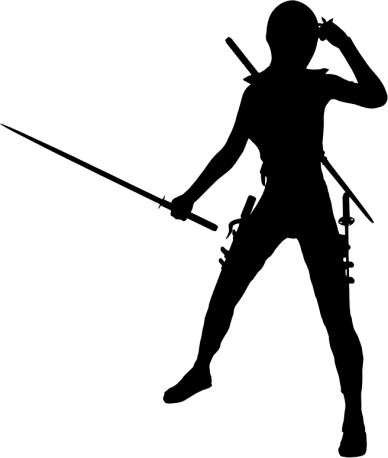 If a ninja wants you dead…you won’t know until you are dead.

But if you are dating a she-ninja, you won’t know until you consult this list.

From BQB HQ in fabulous East Randomtown, it’s the Top Ten Warning Signs Your Girlfriend Might Be a Ninja:

10.  Although you think you might be alone, you’re pretty sure you just saw that shadow in the corner move.  Don’t worry.  That’s just ninja foreplay.

9.  You keep finding her nunchucks in your dishwasher.  It’s not that you don’t want to help her out but it just seems rude she won’t pre-rinse the blood off of them first.

8.  Sometimes when you’re alone and in the mood, a fast moving gust of wind will zoom through the window, knock you down, move around, then disappear just as quickly as it arrived.  You’re left confused yet strangely satisfied and in need of a cigarette.

7.  You wish she could be like most women and leave your “Honey-Do” list of chores on the kitchen table.  Instead, you’ve grown accustomed to walking down the hall, minding your own business, only to have a damn throwing knife sail past your eyes.  It ends up pinned to the wall with a note attached that reads, “Take out the trash.  You forgot to last week and it is starting to stink.  Also be a lamb and get my dry cleaning.”

6.  She wins every argument by shooting you in the neck with a blow dart.

5.  Her closet has more black outfits hanging in it than Johnny Cash ever owned.

4.  As a joke, you told her that her butt looks big in those black pants.  As her foot connected to your face in a perfectly executed roundhouse kick, you realized this joke was ill advised.

3.  She runs up the sides of buildings.  You get winded running a mile down the road.

2.  Brings her katana blade on every date.  Refuses to explain why.  You try your best to make small talk but you can still see the handle peaking over her shoulder as it sits in the sheath strapped to her back.